On April 1, I decided I wanted to learn to play bridge. No fooling. The urge just came to me. It’s surprising that I never wanted to play before, since my dad was a champion collegiate bridge player. 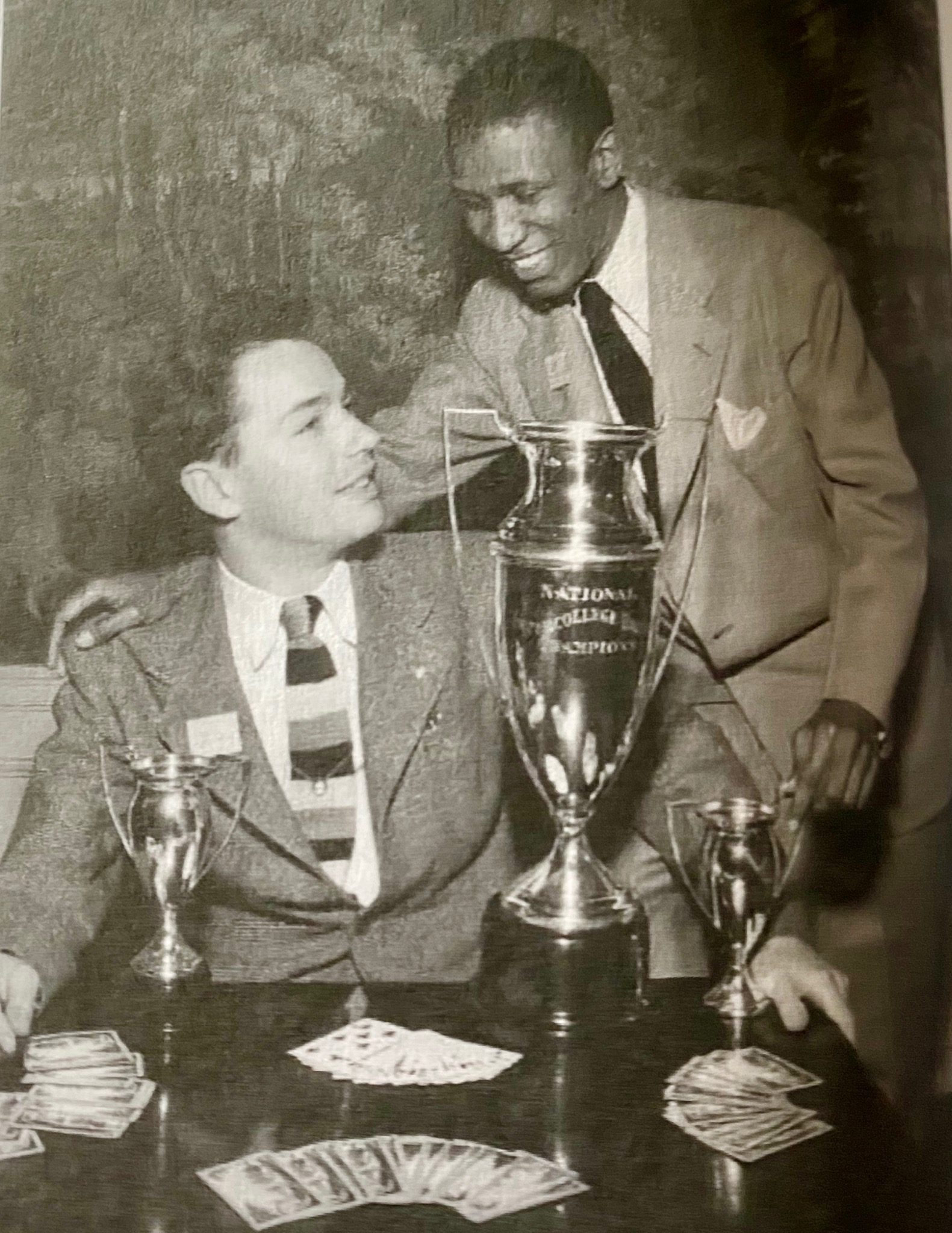 He tried to teach me several times over the 54 years we had together, but I never had much interest. I’m not really sure why not, since I always liked playing cards." data-share-imageurl="">

On April 1, I decided I wanted to learn to play bridge. No fooling. The urge just came to me. It’s surprising that I never wanted to play before, since my dad was a champion collegiate bridge player.

He tried to teach me several times over the 54 years we had together, but I never had much interest. I’m not really sure why not, since I always liked playing cards. Perhaps it just seemed like something the older generation did.

When I was young, I remember my parents playing bridge with other couples. They had a special card table, fancy decks that we weren’t allowed to use, and a dedicated neat little case to hold two decks of cards. The morning-after conversation consisted of verbally replaying the hands.

But alas, my mom was not a good bridge player and it does take two to tango.

It was different when my dad was at the University of Pennsylvania, where my sister and I also went to school. He and his bridge partner, Al Bishop, won many tournaments representing the school. But it was difficult for them to find time to practice together.

Not because they spent too much time partying, but rather because my dad, Mel Gold, was White, and Al Bishop was Black.

My dad told us the traditional bridge clubs wouldn’t let them play together to hone their skills and gain a feel for how each plays. This was the 1940s and they were forced to limit their play to Blacks-only clubs.

He didn’t speak a lot about it but he did tell us he was appalled and frustrated by that practice. In some ways, his solution was typical of him -- let’s just play in clubs for Blacks, which didn’t restrict Whites from playing. This is similar to what White musicians had to do back then.

And as a Jew, my Dad also knew there were places he couldn’t go either.

Though he was graduating with honors and was in the process of acing his actuarial exams, he was rejected for employment by all of the insurance companies in Philadelphia. Since insurance was one of the industries known to be unfriendly to Jews at the time, he was forced to cast a wider net and found friendlier climes in Newark, where he started a successful actuarial career at The Prudential.

My father made it clear that he and Al Bishop liked each other, and they had to find another way to play. And they did. To his credit, that’s a microcosm of my dad’s view of life. Just go and find your best bridge partner -- irrespective of anything else.

However they did it, their practice must have worked since they excelled together. In fact, they were nearly national champions in a tourney representing Penn. They went to Chicago in 1947 for the prestigious National Interscholastic Tournament (NIT) and were leading midway. But they grew cautious, played conservatively, and fell to third.

Third place in the entire country -- not too shabby. Ironically, that tournament was held on April 18 and 19, just days after Jackie Robinson crossed the color barrier to become the first Black player in Major League Baseball when he stepped onto Ebbets Field in Brooklyn.

I’m thinking of my dad today on Father’s Day. The events of the last few weeks have me pondering and wishing my dad was here to enlighten us.

What was it like to play in segregated clubs?

Did they encounter racism in the college tournaments?

What more did he learn from Al, who earned a Ph.D. from Carnegie Mellon University and became a professor at the University of Pittsburgh, a researcher in thermodynamics, and an inventor with a patent for a flow distributor for a nuclear reactor core?

Al died in 2016, two years after my dad. I wish I had the opportunity to meet Al Bishop.

Here’s to Mel and Al and the hard lessons they learned and taught. As for me, I’m on to my next lesson this Father’s Day -- learning to play bridge, finally.

When an out-of-control SUV barreled into Ron's bicycle on a quiet road in New Jersey in 2011, the accident left him paralyzed and in need of home care every day. And when he experienced countless problems finding reliable, affordable private caregivers, Ron knew there had to be a better way. He founded LeanOnWe with a focus on delivering a better, more thoughtful home care experience at a reasonable cost.

Your email address will not be published. Required fields are marked*

Insightful guidance about finding, hiring, and managing your caregiver from the experts at LeanOnWe. When a near-fatal bicycling accident left LeanOnWe founder Ron Gold a paraplegic, he learned first hand how difficult it was to find the right caregiver….and now you can too at LeanOnWe.com.