Aiming Higher Every Year with Eric and Reeve | LeanOnWe

A big thank you to all of you who contributed to my Walk to Believe. I raised over $21,000 from an incredible 85 different supporters. I’m truly awestruck by the generosity of friends, family, and colleagues. 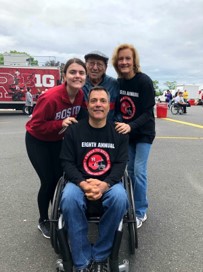 One area is the Big Idea, a research project in which four young men living with spinal cord injuries have recovered voluntary movement and re-gained the ability to stand. Each participant, like me, was completely paralyzed below his injury level and was told he likely would never recover. Now Reeve is trying to roll out (pun possibly intended) that project on a much larger scale.

This quote from Christopher Reeve is true now more than at any point in his lifetime:

"We live in a time when the words 'impossible' and 'unsolvable'
are no longer part of the scientific community's vocabulary."

Thank you, Reeve Foundation, and thank you Eric, for leading the way in raising much-needed support for paralysis research. 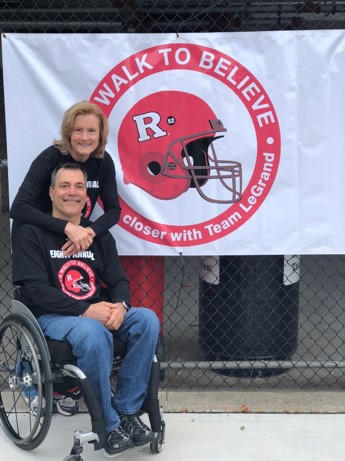 When an out-of-control SUV barreled into Ron's bicycle on a quiet road in New Jersey in 2011, the accident left him paralyzed and in need of home care every day. And when he experienced countless problems finding reliable, affordable private caregivers, Ron knew there had to be a better way. He founded LeanOnWe with a focus on delivering a better, more thoughtful home care experience at a reasonable cost.

Your email address will not be published. Required fields are marked*

Insightful guidance about finding, hiring, and managing your caregiver from the experts at LeanOnWe. When a near-fatal bicycling accident left LeanOnWe founder Ron Gold a paraplegic, he learned first hand how difficult it was to find the right caregiver….and now you can too at LeanOnWe.com.